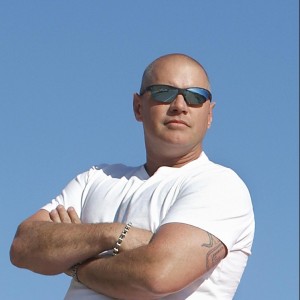 Jaguar and Land Rover are two iconic brands in the automotive world. Rich with heritage, an excellent style, and performance, but each has also suffered Rocky histories. And for years, each was passed between new owners in Europe and the U.S., including BMW and Ford. With BMW owning Land Rover and Ford owned Jaguar in the 80s.

Then just when they were on the verge of bankruptcy, the two thoroughly British sister brands were bought by the Indian, Tata Motors. Part of the vast Tata Group empire that makes up everything from software to food products.

When Tata acquired them in 2008, both Jaguar Land Rover had their fair share of financial struggles and had fought to overcome reputations for unreliability. If you were going to say drive across the country in a given vehicle and hope that everything went well.

Pre-Tata, Jaguar Land Rover would have been one of the last brands I would have picked to do that in. I just didn’t have faith in their vehicles. Worse, Tata had bought these brands and perhaps one the worst possible times in recent history. Right on the cusp of the recession.

How did Tata Motors perform?

However, in the years that followed, Tata Motors did something many owners had failed to do before turning them into moneymakers. But things are getting gloomy for the jail are once again. Just as these two legends have finally found some footing, a drastically shrinking market in China for JLR and trouble in Europe are threatening them once again. The S&P lowered the credit ratings of both JLR and Tata Motors in early 2019, and they are now deep in junk status.

The question is, will Tata Motors be able to turn around JLR once more or is looking to cut its losses?

The Interesting History of Jaguar 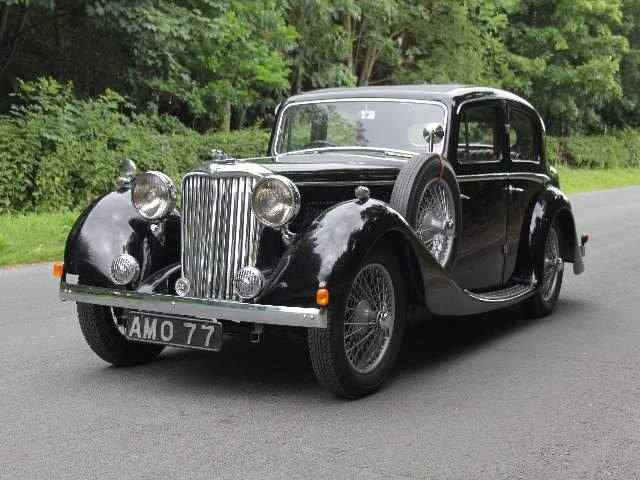 Jaguar was founded in 1922 as the Swallows Side Car company by William Lyons, a motorcycle enthusiast, and engineer. Back then, the company initially made sidecars, those little pods that sit on the side of motorcycles. But in 1935, Lyons built the S.S. Jaguar. It was the first-ever car to bear the Jaguar name. Over the years, the company has made sleek aerodynamic sports cars and became known for racing. Number 20 is the winning Jaguar, which eventually finishes nine laps ahead of the next car. Having traveled at an average speed of 93.5 miles an hour. Perhaps the most famous example was the E-type, which Jaguar started making in the 1960s.

The Great Reputation of Land Rover

Land Rover had an entirely different history-making off-road vehicles used by the military and bucolic customers in Europe and around the world starting in 1947. Over the years, Land Rover developed a reputation for making rugged trucks an SUV with a distinctly British touch. Models such as the defender, developed reputations for ruggedness and capability rivaled perhaps only by few vehicles such as the Jeep Wrangler. Though also extremely capable, the brand’s Range Rover was perhaps what anticipated the trend in high-end luxury sports utility vehicles. And it has even been the target of scorn for its popularity with well-heeled buyers who never drive the thing off the pavement.

The two companies were rejoined under one roof, beginning with Ford buying Jaguar in the late 1980s. But in terms of fully exploiting the brand name of strength that we were building up in the company, there’s no question we should be able to do a better job with the resources that Ford Motor Company will make available.

And then in 2000, Ford bought Land Rover. Ford underwent its own troubles in the following years. It had to sell off many of the premium names they had acquired, including Jaguar and Land Rover. And another high-end British automaker Aston Martin.

Just eight years after Ford bought Land Rover, Ford sold it and Jaguar to Tata Motors for about 2.7 billion dollars. Tata Motors did exactly what many fans and enthusiasts say is the best thing an owner can do for car companies as legendary as these. And it paid off.

Jaguar Land Rover didn’t really start to become a powerful and competitive group of brands in the modern automotive world until Tata took over. And when Tata inherited both brands and invested the kind of money that they had long needed to be invested. That’s when you saw everything from the design to the engineering to most importantly the quality, reach a level that made them comparable to things like a BMW or an Audi or a Mercedes.

Up until 2017, it looked like Tata Motors had engineered a lasting turnaround for the legendary brands. But things got worse in 2018. JLR was posting a loss of about 4.3 billion dollars in the fiscal year 2019. Its biggest loss in the last ten years. That loss resulted in large part from nearly four billion-dollar one time write down.

However, even taking that into account, the company still would have lost money. The company said in January of 2019 that it’s cutting 4,500 jobs about 10 percent of its workforce. Jaguar Land Rovers troubles have hurt parent company Tata motors. JLR’s recent troubles have been one of the factors contributing to recent declines.

In April 2019, reports surfaced that Tata Motors is considering a sale of the brands to French car manufacturer PSA. Reports that Tata Motors denies. Out of the two brands Land Rovers and the strongest. But it has struggled as well.

It is also facing headwinds in Europe. Brexit threatens to raise costs. More than 40 percent of the materials used travel from the European Union to the United Kingdom. And it must contend with increasingly stringent emissions laws in Europe following the so-called diesel gate scandal that rocked Volkswagen and other companies in the automotive world.

But the U.S. may hold the keys for JLR’s recovery. Land Rover’s strongest markets in North America where it’s in the fortunate position of being a premium sports utility maker in a time where U.S. customers are hungry for SUVs. JLR sold about ten times as many SUVs as the United States, as did traditional passenger cars in 2018.

Jaguar’s portfolio is still heavy on sedans and sports cars. But Jaguar is leaning into utility vehicles too. It sold almost twice as many SUVs in 2018 as its famous sports cars and sedans. And unlike brands such as Porsche, it’s brushing aside the usual criticism that moving towards utility vehicles is straying away from its race car roots.

The Jaguar CEO said: Jaguar is also stepping forcefully into electric cars with its I-Pace crossover, which has been praised by critics.

The car swept the world car awards at the New York International Auto Show in 2019. But North America’s continued appetite for its vehicles might not be enough to engineer a full recovery for the two brands. Industry analysts worry about a larger downturn in new car sales is looming.

But they are taking a longer path by of keeping both Jaguar Land Rover together because there are a couple of restrictions which are coming in terms of fleet norms and all those things which they need to meet and hence they can work out.

In the meantime, Tata Motors has fended off reports that it’s considering selling the division to the PSA group. The very same French automaker that bought Opel and Vauxhall car brands from General Motors and turned them around.

The TRUTH About Tesla Model 3 After Years

Ferrari Vs. Lamborghini; Why this rivalry?